These French resources are based on a story about a lifeguard who was fired for saving a drowning man outside his allotted area of the beach.
Here's a link to the story on yahoo:  http://fr.news.yahoo.com/licenci%C3%A9-avoir-sauv%C3%A9-vie-084700680.html
The TaskMagic3 file (mtx3) provides access to 18 interactive exercises and requires TaskMagic3.

TaskMagic has actually been around for a LONG time (about 10 years) in its various forms.

The consequence of this is that often, when people talk about TaskMagic, they're not necessarily all thinking of the same thing.

There are lots of schools still happily using older versions of TaskMagic. Loads of teachers are using or have used TM2 or even TM1, and they are not aware of just how much better TM3 is than previous versions - more exercise types, easier to use, looks much better, better functionality, better worksheet printing etc.

There are lots of additions, improvements and extra features in TaskMagic3. This page on the TaskMagic website lists them all, with some links to blog posts with examples etc: http://www.mdlsoft.co.uk/TMUpdate.htm#TM3

This pdf document on the TaskMagic blog lists all of the improvements and additions, broken down into categories, and it can be printed on one side of A4: http://taskmagic.posthaven.com/whats-new-in-taskmagic3

So why haven't some schools upgraded? Maybe they don't know about TM3 (possible, I guess). Maybe they're not happy with the earlier versions of TM, so whenever they hear someone mention TaskMagic, they immediately think of the version that they've seen... "TaskMagic? Yeah, I remember seeing that years ago..."

Or maybe they were too happy with the earlier versions and didn't see the need to upgrade.  Schools are continuing to upgrade to TM3 that have been happily using TM1 for about 10 years. I get emails from schools saying things like "We've been using TaskMagic1/2 for years and we love it! We've just found out there's a version 3..." (!)

In case you're interested, upgrades to the latest version of TaskMagic (from TM1 or TM2) are priced at 50% of the usual price. (And that's a one-off payment, not an annual subscription.)

These resources are based on a short news story on BBC Mundo about Spain's unemployment statistics:
http://www.bbc.co.uk/mundo/ultimas_noticias/2012/07/120703_ultnot_espana_desempleo_rg.shtml
The TaskMagic3 file (mtx3) provides access to 18 interactive exercises and requires TaskMagic3.
The image shows the Mix & Gap front page for the file in TaskMagic3, with the little screen thumbnails showing links to the various interactive exercises.

Resources based on vocab for describing what happened (and what should've happened) in a football match.
:0)

Resources based on German vocab for predicting the outcome of a football match.

1. Type or paste in a text into the Mix and Gap editor screen 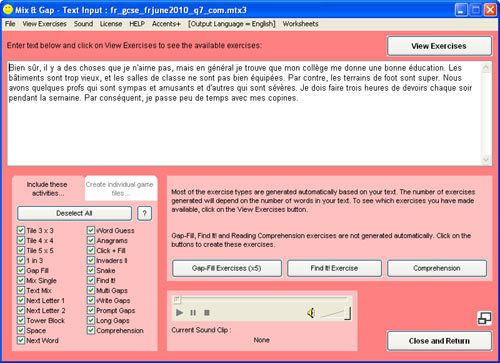 There are various sources of texts:
- The internet; news feeds; short articles etc.
- Your text book: this allows you to create resources based specifically on the book that your students are using in class.
- Past exam papers.
- Letters, songs, poems, etc.
- Your imagination :o)
- Students can type or paste in their own corrected written work, which can then be use to help them to learn their text, or shared with other students for extended text manipulation practice. 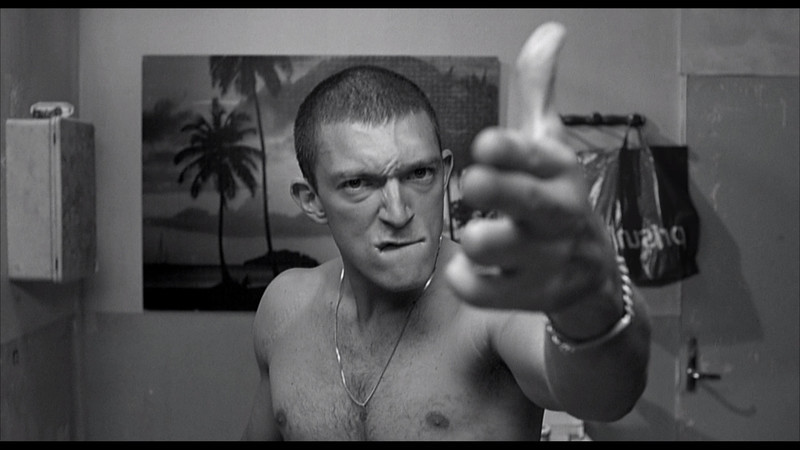 The attached resources (mostly pdfs) are based on a summary of La haine from wikipedia.

There are a variety of gap-filling and sequencing activities.

Here's a link to the TaskMagic3 Mix&Gap file - mtx3 - from which the pdfs were printed. It provides access to loads of interactive exercises. (Requires TM3)

See the pdf worksheets below based on the 26 olympic sports in French.

These Spanish resources are based on a short text from Muy interesante explaining the origins of "martes y trece" - see the link below:
http://www.muyinteresante.es/ia-que-debe-su-mala-fama-el-martes-y-trece

There are 9 pdf files in all, all printed using dopdf - http://www.dopdf.com

The pdfs are based on a Mix and Gap file containing the text, which is also included (mtx3). This file provides a wide variety of interactive exercises for use with PCs or with an interactive whiteboard. It requires TaskMagic3. If you haven't got TaskMagic3, you can download a 30-day trial from the TaskMagic website (doesn't require registration or anything - just download and install it).